Living Together: How Can I Protect My Property Rights? 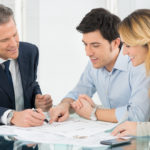 Massachusetts does not recognize “common law” marriage. Even if you’ve lived together for 7 years, Massachusetts doesn’t recognize the doctrine. Since there’s no common law marriage, when couples who have been living together break-up there are no real rules about how to split up their property.

When cohabiting couples break up some of the biggest challenges are dividing up the cash in the bank accounts and figuring out who has a right to the real estate.

Do Couples Living Together Have Any Property Rights At All?

Courts in Massachusetts have made it crystal clear that living together does not create the relationship of a husband and wife who have formally married. So, the rights, responsibilities and obligations that exist in a traditional marriage, don’t apply to couples who are living together.

Yet because cohabiting relationships have become so popular in today’s world, courts in Massachusetts began to recognize that there should be some sort of “rule book” to help cohabiting couples who break up sort out some of their financial and property affairs. This makes sense since without some sort of rules to govern the division of property, financial assets and other matters that usually exist with a cohabiting couple, it would almost be a “free for all” with many unjust results coming out of break ups.

The Advent of Cohabitation Agreements

Because of this injustice, the Massachusetts Supreme Judicial Court decided that it would recognize the benefits to be gained by encouraging unmarried couples to enter into written agreements called cohabitation agreements. A cohabitation agreement governs a couple’s affairs when the relationship is terminated for whatever reason including breaking up or the death of a partner. With that decision, Massachusetts courts adopted the view that unmarried couples who are living together could lawfully make contracts concerning property, financial, and other matters related to their relationship.

In some respects, a cohabitation agreement is almost like a “kissing cousin” to a prenuptial agreement because it deals with some of the same issues that a “prenup” would, i.e., the division of the money and property when the couple split up. But, what’s interesting about these cohabitation agreements (let’s call them “cohabs”) in contrast to prenups is that cohabs are strictly subject to the rules of contract law while prenups are grounded more in what is called “equity.”

Now I know that this sounds like a lot of legal “mumbo jumbo,” so suffice it to say that since cohabs are going to be considered enforceable contracts, the same rules that apply to contracts will apply to cohabs. Thus, one partner can enforce the terms of the cohabitation agreement against the other in regular courts of law in Massachusetts rather than in the Probate and Family Court (which deals with divorce and other family issues).

If you’re currently living together or thinking about living together in Massachusetts, you can protect your rights in your property by entering in to a cohabitation agreement with your partner. A cohab agreement can clarify each partner’s rights to property listed in the agreement. The benefits of having one before a crisis occurs in a relationship can save you thousands of dollars and relieve you of weeks or months of stress and anger.

To request a consultation with Attorney Andrew Garcia about your rights when you are living together, reach him using the following contact form (NOTE: fill in your own name and email address in the form below, the current name and email serve only as an example of how you should complete it).