Living with My Boyfriend, the House is in His Name. Who Gets the House if he Dies? 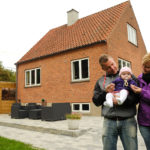 A woman asks: I’ve been living with my boyfriend for 8 years. We live in a house here in Massachusetts that’s in his name only. We both work and I help pay the mortgage, the gas and electric, the cable and the food.  He has a 10 year old girl from his first marriage and she spends time with us and we even do things together like going on vacation to Disney World.

But, the deed to the house is still in his name only. I’m worried about what would happen to me if he died. Who would get that house? Would I be out in the street?

Does this sound familiar? It should because at SouthCoast Estate Planning, I see this situation all the time.  Let’s break this state of affairs down and see where this woman stands.

No Common Law Marriage in Massachusetts

First, if you’ve been following this blog, you know that there’s no common law marriage in Massachusetts. It doesn’t matter that this couple’s been living together for 8 years, they’re not married under common law. For more on the topic of common law marriage click here.

Who Gets the House if the Boyfriend Dies?

Now, since there’s no common law marriage, this couple has no legal rights to the property of the other. So, if the boyfriend has no Last Will and Testament leaving the house to his girlfriend, then the house is going to pass on to his 10 year old daughter by the Massachusetts law of “intestate succession.” (Intestate succession is the legal phrase that means that someone died without a Last Will).

The same is true for any property that the girlfriend has in her own name – her property won’t pass on to the boyfriend if he outlives her. Instead it will go to her heirs who are living – maybe her brothers and sisters, her parents or nieces and nephews.

What Happens to the House if They Break Up?

Although the girlfriend only asked about would happen if her boyfriend died, she should also be concerned about what would happen to the house if they broke up.

Here the house is in the boyfriend’s name only – her name doesn’t appear anywhere on the deed. So pretty simply she has no legal title to the house even though she’s been paying part of the mortgage, the utilities and the food for the place.  She’s basically “out on the street” at this point.

If she wants to try to recover for money that she’s put in the house, she has a tough, uphill battle in the courts of equity in Massachusetts. Quite frankly, it’s not a pretty sight to go that route.

What Can She Do to Protect Herself?

Having no legal planning in place is her “worst enemy” in this situation. Some documents that this couple might consider having are:

Consult a Living Together Lawyer

If you are living together and would like to learn more about how to protect your property rights in the relationship, you can consult with a lawyer who is experienced with helping cohabiting couples create legal plans. To request a consult with Attorney Andrew Garcia just fill out the form below.  If you don’t want to include your partner in the consultation that is perfectly fine – the consultation is completely confidential.