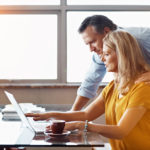 New Jersey recently amended its alimony law to address when an ex-spouse is living together. Although it deals with ongoing troubles with N.J.’s alimony law and doesn’t affect Massachusetts law in any way, the factors that the law asks a judge to consider when someone is trying to prove his/her ex-spouse is living together with someone are interesting.

NJ.com recently reported that while amending the law about the amount of alimony that has to be paid by divorcing partners, the legislature introduced eight factors that courts can consider when deciding whether an ex-spouse is now living together with someone. Alimony is generally considered a court-ordered payment from 1 former spouse to another after a divorce and it’s usually intended to give financial support for the spouse who was being financially supported during the marriage.

The reason that an ex-spouse’s “living arrangements” with another partner “matter” when you’re paying alimony is that the ex-spouse who is paying the alimony wants to show that the spouse receiving the alimony now has better “financial support” since he/she is living with someone.  The argument is that the spouse receiving the alimony no longer needs as much. (Please note: this website is geared toward couples who live together in Massachusetts and we are not advocating for or against N.J. alimony laws).

What Does This Mean for Massachusetts Couples Who are Living Together?

Now that New Jersey has established 8 factors for courts to consider when deciding if a couple lives together, what does that mean for Massachusetts couples who happen to be living together?

Second, and most importantly, Massachusetts does not recognize the rule that one partner pay the other ex-partner palimony when cohabiting couples break up unless there’s some agreement that can be found to do so.

“Palimony” is a court-award for support for compensation, services, money or goods contributed during a long-term, living-together relationship.  Palimony is similar to alimony, but it applies to people who aren’t married.

Massachusetts does not recognize common-law marriage, so if there’s any chance at all to get a palimony award for support after a cohabiting couple’s broken up, an ex-partner needs to show some sort of agreement or promise that the other partner made to keep supporting him/her.

How Do Massachusetts Couples Protect Themselves

If you’re living together in a long-term, committed relationship and want to either 1) guarantee that you don’t pay palimony, or 2) guarantee that you will receive support after a break up, then the best way to protect yourself is with a written, cohabitation agreement.  A cohabitation agreement is a written contract that will govern a couple’s affairs when the relationship is terminated for whatever reason, including breaking up and death of a partner.

If you’re ready to take the next step and protect yourself with a cohabitation agreement, then contact Attorney Andrew Garcia here at The Living Together Law Center